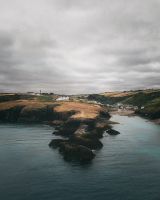 One of the three main patriarchs of the bible (Isacc, Abraham, and Israel), Isaac is one of the important figures in many religions including Abrahamic religions like Judaism.

The Best Motivational Speakers in the World

Following are the names of the best motivational speakers in the world.

Faith is to have assurance, firm belief in some supernatural power. Whenever life puts you down it is your faith in God.